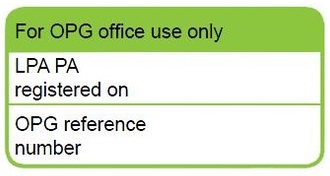 It has come to our attention today that The Office of the Public Guardian for England and Wales (OPG) has admitted to charging excessive fees for issuing powers of attorney for the past four years and full details of a refund scheme will be announced ‘in due course’.

Once we have more information we will provide further updates in the meantime below are excerpts from an article written by the Society of Trust and Estate Planners in the form of an industry news update. Which can be read in full on their website via this link: Justice ministry to repay GBP89 million of powers of attorney overcharges

The Office of the Public Guardian for England and Wales (OPG) has admitted to charging excessive fees for issuing powers of attorney for the past four years.

The mistake came about because many more people have been registering for lasting powers of attorney in recent years, said the OPG. ‘Increased volumes, coupled with greater efficiencies in processing applications, have resulted in fees being charged above the operational cost of delivering the service, without the Ministry of Justice having exercised the power provided by legislation to allow us to do this’, it said.

The many thousands of customers who were overcharged will be refunded during the current financial year, the agency says. Full details of the refund scheme will be announced ‘in due course’. The amount owed is estimated at GBP89 million.

‘We are committed to taking such steps as are necessary to make sure that people are made aware of, and receive, the refunds to which they are entitled’ said the agency. ‘We will be working closely with MoJ and its new income strategy unit, which will oversee the standards and controls set for all income streams. We have also made a number of improvements to the way in which we forecast demand and associated costs, in order to enable us to base fee proposals on robust evidence and to ensure compliance with requirements set by HM Treasury.’